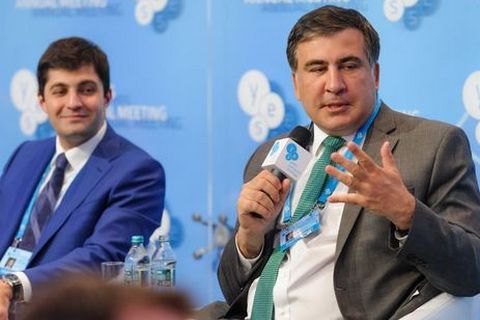 On the basis of the public Movement for Purification head of the Odessa region, Mikhail Saakashvili will create a new political party, said the former Deputy Prosecutor General David Sakvarelidze.

"We are in consultations with all the healthy political and civic organizations and aim to create the first healthy political force in Ukraine," Sakvarelidze told a press conference in Kharkiv as quoted by Interfax-Ukraine.

He also said that the talks involve consultations with people's deputies, Serhiy Leshchenko and Mustafa Nayem. The new political force may incorporate "the best part" of the Movement for Purification. "

"The party will be totally new. It will be created from scratch rather than remodelled of renamed," Sakvarelidze said.

He promised that the financing of the party will be transparent.

Throughout February and March, the Movement for Purification led by Saakashvili's held anti-corruption forums in almost all regional centers of Ukraine.

In late February, Saakashvili himself demanded early elections to the Verkhovna Rada.