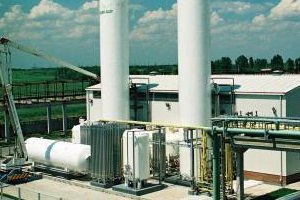 The European Bank for Reconstruction and Development (EBRD) may acquire a minority stake in the Odessa Portside Plant (OPP), the chairman of the State Property Fund Ihor Bilous told Dilova Stolytsya.

"The EBRD supports the process of privatization, and has promised to help the buyer with debt finance. They may even venture to buy a minority stake. Options are being discussed," said Bilous.

According to him, the competition for the sale of state-owned stake is scheduled for 26 July.

"The contest is scheduled for July 26, and we hope close a deal in August, I very much hope that by September, the money has to be in the budget," he said.

On May 18, the government approved the terms of the privatization of Odessa Portside Plant, thereby giving a start to the sale. The tender rules require at least two bidders, one of whom must be a non-resident of Ukraine. The plant cannot be sold to Russian investors.

Earlier, Reuters cited EBRD regional director Francis Malige as saying that the EBRD could buy 15%-25% of shares in the plant.