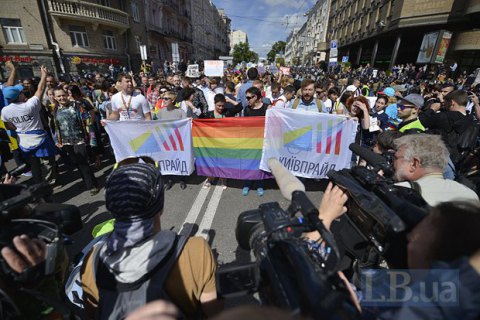 Western diplomats joined gay rights activists on a Pride march in Kyiv on 12 June and spoke of signs of progress on gay rights in Ukraine after the event passed off largely without incident.

"There is even stronger political backing than last year," Rebecca Harms, a German Member of the European Parliament (MEP), who took part in last year's #Kyivpride, told Reuters at the march

The National Police chief Khatiya Dekanoizdze said the police was following ultra-nationalist groups and detained 57 people before and during the rally. All of the detained have been released, she said.