A fire broke out in the early hours of 13 June in Kyiv's Solomenskyy district court, as reported by Espresso.TV.

Four fire brigades on eight fire tracks have extinguished the fire. No one was injured, while only the building guard was at the scene, the TV channel said .

A spokesman for the court Mykola Maryiv told Ukrinform the fire has destroyed some materials of criminal proceedings and other documents. He declined to estimate the size of damage, but promised that the documents would be recovered. 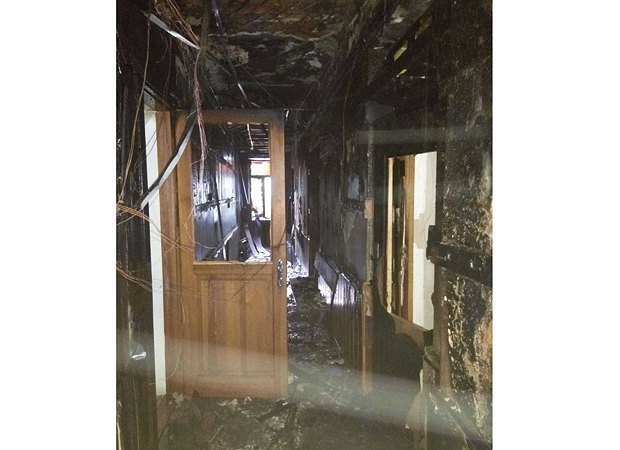 According to the State Service for Emergency Situations in Kyiv, the call about the fire came at 03:33.

The fire took the area of 30 sq. m in the hallway on the second floor of a three-storey building.

The fire was extinguished at 04:37. The probe is underway.

In April, unidentified persons threw Molotov cocktails at one of the offices in the Kyiv's Holosiyivskyy district court building.