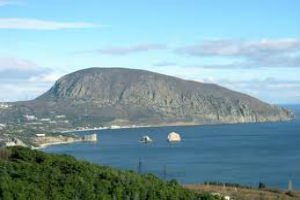 "The annexation was a tragic episode for the protected areas in Crime," he said at a press conference "From a recreation area to an exclusion zone," which took place on 16 June in Gorshenin Institute and was organised jointly with Free Crimea.

"Everyone understands that Crimea was not just a tourist and recreational mecca. This place is very attractive natural reserve. Back in 1914 it was suggested that the entire southern coast of Crimea should be made a huge national park following the example of the US," he said.

Vasilyuk noted that Crimea has 208 natural protected areas, which occupy 9% of the territory of the peninsula. None of the regions of Ukraine has such a number of reserves.

"All the reserves in Crimea were scientific institutions, that used to have normal administrations. Now. all of them were transferred over to the Roskomles, Russia's forestry agency. There is no unified management of nature reserves, the scientific researches are not funded any more, no one is interested in their protection," the environmentalist said.

He said the construction of the Kerch bridge that is being built by Russia poses a threat to ecology.

"The construction of the bridge means large-scale hydraulic filling works to drain areas to install the bridge supports. The Azov Sea is very shallow, that's how its entire ecosystem has formed. It is small and not salty, the Don flows into it. All living creatures that live there, such as harbor porpoise dolphin, can live only there. It is enough to slightly change the water outflow to the Black sea, the vapidity increases, and a significant part of what lives in the Sea of Azov there, will die. But does Russia care?" said Vasilyuk.