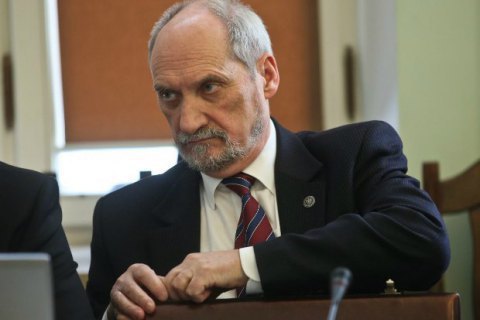 "I concur with the opinion that Russia is really a country with a completely different structure than countries of Western civilisation, a country ... with a deep belief that no norms developed outside its territory are binding for Russia itself", Minister Macierewicz said replying to questions during a debate.

Not everyone understands this otherness of Russia, Poland's defence minister remarked as quoted by PAP..

"No country in the history undermined the world order like Russia over the past few years. First, it attacked Georgia, then Ukraine, and occupies the territory of an independent state, openly stating it was not going to accept the independence of the state and its sovereignty, and seeking to impose through the use of military force its viewpoints and rules to individual countries and threat the common European order," said Macierewicz.

"Russia should understand that it is one of many equal members of the international community, where all countries are linked, and it has no right to permanently impose its views, its rules of using military force to other countries and peoples", - said the head of the Defense Ministry of Poland

He said the decisions taken at the meeting of defense ministers of the NATO member countries and preparations to the July summit of the Alliance in Warsaw are a "historic step in the development of NATO's changing architecture", adapting it to the challenges that come from Russia.

On June 2 Macierewicz stated that Poland will start recruiting in September for a new 35,000-strong paramilitary force amid tensions with Russia.

Priority in deployment will be given to eastern provinces deemed to be the most exposed to Russian pressure.