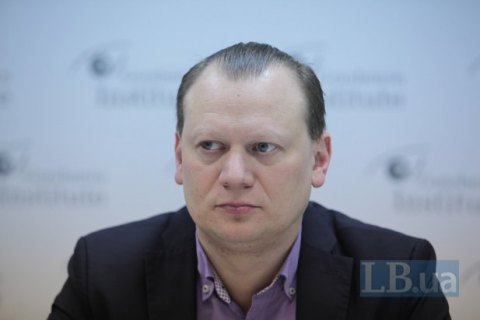 The new law on mandatory quotas for Ukrainian-language songs in the radio broadcast and the use of the Ukrainian language on TV and radio has certainly stirred a wave of criticism, both in society and professional circles, but this may be a positive factor, the head of the International Department of the Gorshenin Institute, Dmytro Ostroushko said on 16 June.

"Most importantly, the adopted law will increase the demand for Ukrainian-language content on the radio, and as a consequence - an order for its production, - said the expert

"Radio stations will be forced to take more Ukrainian-language music in the air, and music labels and production centers will generate more of such product. Ukrainian artists, recording studios, producers, and all links of the production chain in the music industry will benefit from the policy."

Dmitry Ostroushko says Ukraine should not be shy of accusations of protectionism. He referred to international experience in this area, primarily France, and earlier measures taken by Ukraine on the Ukrainian dubbing of foreign-made films for theatrical release.

Ukrainian cinema-goers soon favoured the innovation, including Russian-speakers, and now give preference to films dubbed into Ukrainian, the expert said.