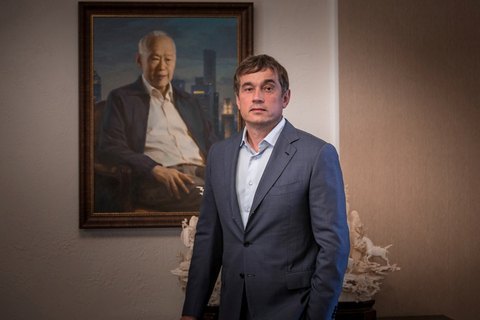 Business associations of 21 Asian and European countries, including the Ukrainian League of Industrialists and Entrepreneurs (ULIE), have founded the Belt&Road Industrial and Commercial Alliance (BRICA).

The founding ceremony for BRICA was held in Beijing on Thursday, the ULIE said said as quoted by Interfax.

"We want to ensure that our partners should see our country not only as a transit zone for shipment of goods to Europe, but also as a platform for the formation of new enterprises," the ULIE quoted its first vice president Vasyl Khmelnytsky as saying.

According to him, the ULIE hopes to attract more investment and promote the interests of Ukrainian business through the establishment of this new alliance.

BRICA is an international non-governmental organization which brings together on a voluntary basis national business associations from Asia and Europe. The name 'One Belt, One Road' comes from the eponymous initiative of the Chinese government aimed at establishing a new model of international cooperation and development through the strengthening of the existing regional bilateral and multilateral mechanisms and structures of interactions, which involve China. To implement the strategy and investment projects in the countries that have joined it, China has set up a separate fund, which already has over $40 billion in authorized capital, the ULIE reported.