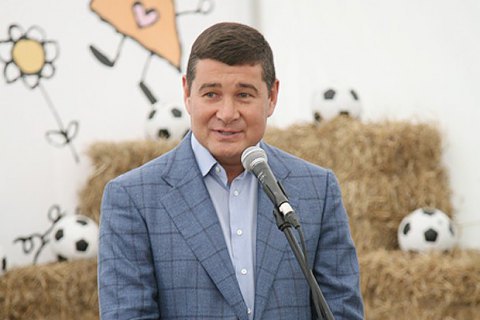 The National Anti-Corruption Bureau has reportedly prepared a petition for the stripping of immunity and the arrest of people's deputy Oleksandr Onishchenko.

"The petition was signed by anti-corruption prosecutor Holodnytskyy and tabled to the Prosecutor General Yuriy Lutsenko. I hope Lutsenko sticks to his promise to catch the really big fish," investigative journalist Dmytro Hnap wrote in Facebook on 15 June.A source of the Ukrainian News agency in the NABU confirms the information.

The anti-corruption prosecutor Nazar Holodnytskyy confirmed that he has prepared and handed over to the Prosecutor General an indictment against Onishchenko.

"The document will then be submitted to the Verkhovna Rada for its consent to [Onishchenko's] criminal prosecution, detention and arrest, Holodnitsky said.

Prosecutors claim that the embezzlement scheme used by Onishchenko was like follows: the gas extracted by Onishchenko's companies jointly with Ukrgasdobycha was sold via fictitious commodity exchanges for a lower price, than "bought back" by other companies, associated with Onishchenko, and eventually sold at market prices.

The damages that the state has incurred from this scheme are estimated at 3bn hryvnia.

Onishchenko may be facing a prison term from seven to 12 years.