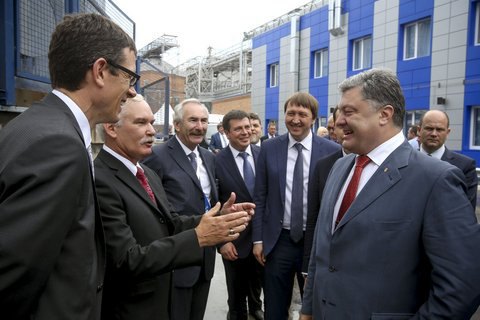 President Petro Poroshenko on 15 June called the port charges in Ukraine "far too high" and promised to reduce them.

"Investors, unfortunately, still have to face obstacles, such as far too high port charges, which make the Ukrainian ports less competitive in comparison with other Black Sea ports," the president said during the opening ceremony in Mykolaiv of the production and handling complex of Bunge Ukraine firm, that owns the trademark "Oleina" in Ukraine.

He stated the belief that the government will soon reduce the port dues.

In April, the Ministry of Infrastructure of Ukraine announced that in conjunction with the European Business Association (EBA) it was developing a new methodology for calculating harbor dues.