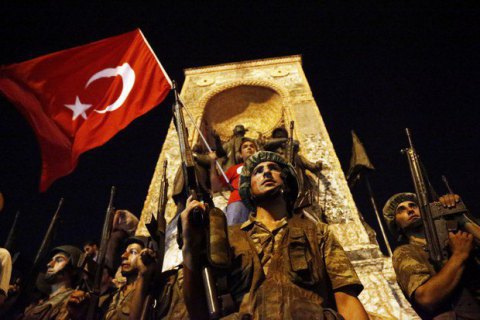 Turkey will follow France's example in suspending temporarily the European Convention on Human Rights following its declaration of a state of emergency, Deputy Prime Minister Numan Kurtulmus said on 21 July, according to broadcaster NTV.

President Tayyip Erdogan announced a three-month state of emergency late on Wednesday after last weekend's failed military coup, saying it would enable the authorities to act more efficiently to bring those responsible to justice.

In comments quoted by NTV, Kurtulmus also said Turkey's state of emergency could end within one to one and a half months. He identified "structural and individual" intelligence failures during the coup attempt and also said that work was underway to restructure the army, NTV reported.

One of the ruling party's most senior figures, Mustafa Sentop, on Wednesday called for the restoration of the death penalty for crimes aimed at changing the constitutional order. But it was not immediately clear if Erdogan would back the move urged by his ally in comments to broadcaster NTV.

U.N. High Commissioner for Human Rights Zeid Ra'ad Al Hussein on Tuesday voiced "serious alarm" at the mass suspension of judges and prosecutors and urged Turkey to allow independent monitors to visit those who have been detained.