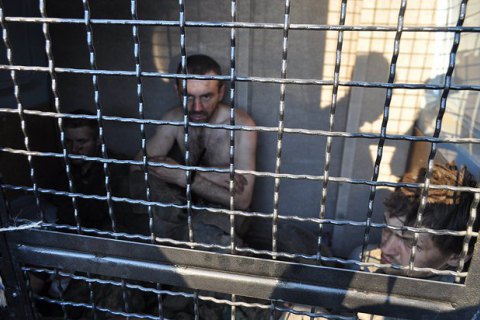 Both the Ukrainian government authorities and Russia-backed separatists in eastern Ukraine have held civilians in prolonged, arbitrary detention, without any contact with the outside world, a joint report Amnesty International и Human Rights Watch released on 21 Jull reads. The report details cases that took place mostly in 2015 and the first half of 2016.

Titled You Don't Exist: Arbitrary Detentions, Enforced Disappearances, And Torture In Eastern Ukraine is based on 40 interviews with the victims, their families and lawyers. In nine out of the eighteen cases, they were in fact exchanged. This gives rise to serious concerns that both sides may be detaining civilians in order to have "currency" for potential exchange of prisoners.

In most of the cases Amnesty International and Human Rights Watch investigated, pro-government forces, including members of so-called volunteer battalions, initially detained the individuals and then handed them over to the Security Service of Ukraine (SBU), who eventually moved them into the regular criminal justice system. Some were later exchanged for persons held by separatists and others released without trial.

Meanwhile in the self-proclaimed Donetsk and Luhansk People's Republics local "security services" operate in a complete rule-of-law vacuum with no checks and balances, detaining individuals arbitrarily and holding them in their own detention facilities.

Whereas it is difficult to estimate the total number of civilians who have been the victims of the abuses, the document quotes the UN Office of the High Commissioner for Human Rights (OHCHR), which stated in a report last month that "arbitrary detention, torture, and ill-treatment remain deeply entrenched practices" in the region.

“People in eastern Ukraine who are being seized and hidden away by the warring sides are at the mercy of their captors,” said Tanya Lokshina, Senior Researcher for Europe and Central Asia at Human Rights Watch. “It is never legal or justified to seize people off the streets, cut them off from contact with family and lawyers, and beat and abuse them.”

“Torture and secret detention are not historical – or unknown – practices in Ukraine. They are taking place right now, on both sides of the conflict,” said Denis Krivosheev, Deputy Director for Europe and Central Asia at Amnesty International. “Those countries providing support – to whatever side - know this perfectly well. They must not continue to turn a blind-eye to these abhorrent abuses.”

Amnesty International and Human Rights Watch call on the Ukrainian government and the de-facto authorities in self-proclaimed DNR and LNR to immediately put an end to enforced disappearances and arbitrary and incommunicado detentions, and to launch zero-tolerance policies with regard to the torture and ill-treatment of detainees.