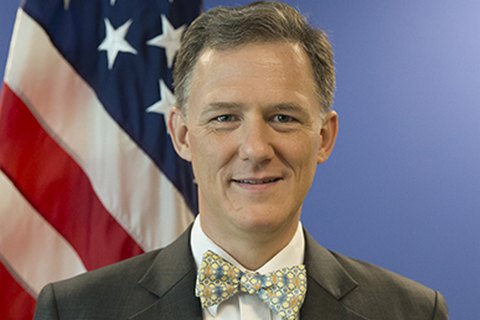 The United States Agency for International Development (USAID) is planning to allocate the government of Ukraine 14m dollars to promote the e-governance in the country, particularly the system of public procurement ProZorro.

"This fall, the USAID will start a new program called "Transparency and accountability in public administration and services" (TAPAS). This program with a budget of 14m dollars will support the improvement of e-governance in the Ukrainian government," The Deputy Chief of Mission of the US Embassy in Ukraine George P. Kent said.

The funds will be directed to the perfection of technology, training and promotion of the ProZorro system at the national level.

Kent also remarked that ProZorro may be useful in other countries in Eastern Europe.

"Since its introduction last year, ProZorro has proved its effectiveness in the fight against corruption in public procurement. With the participation of civil society and business, ProZorro can be a real milestone in the anti-corruption reform, not only here, but also in other countries in the eastern Europe," Kent said.

The Verkhovna Rada on 25 December 2015 adopted a law establishing a requirement for all public procurement to be made through the ProZorro system starting 1 April 2016 for all ministries and larger state-owned companies, and since August 1 - for all state-owned companies and government agencies.

The Ukrainian system Prozorro won an international award at the Procurement Awards (WPA) in the Public Sector category.