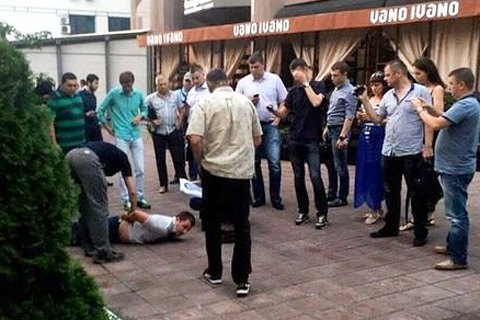 Ukraine detained controversial Moldovan businessman Veaceslav Platon, who is suspected of involvement in the largest banking fraud in the history of his home country.

"[Moldovan] Prosecutor General's Office was informed through the channels of Interpol about the arrest on July 25 in Kyiv of citizen Veaceslav Platon, whom the authorities of our country have declared internationally wanted. The competent Ukrainian authorities have informed us of the decision of Ukrainian judges. Kyiv will consider the arrest of the detainee,"- Moldovan newspaper publika.md quoted the country's acting Prosecutor-General Eduard Harunjen as saying.

During his detention, Platon had a fake Ukrainian passport.

Later on 26 July Veaceslav Platon will face Kyiv judges, who will issue a verdict on his extradiction.

Investigators believe he could have been the mastermind behind the withdrawal of money from the Moldovan Banca de Economii, while his personal interests in the scheme was at 800 million lei (40m dollars).

In the previous day, the Prosecutor-General's Office reported about the detention of a citizen of Moldova and the Russian Federation, who has been on the Interpol international wanted list.

Platon is suspected of money laundering and banking fraud. Ukrainian law enforcers check Platon for possible involvement in the commission of other crimes in the territory of Ukraine.