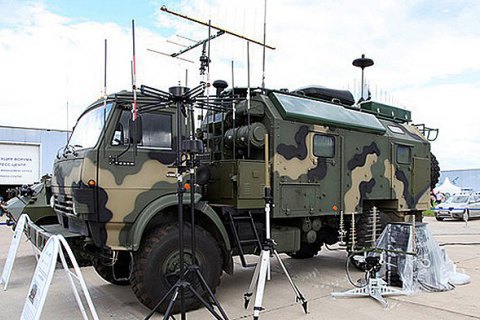 The Secretary of the National Defence and Security Council Oleksandr Turchynov says Russia's General Staff uses the occupied territory of Donbass as a testing ground for new weaponry.

"In July, they used against our military the new Russian mortar systems KM-8 Gran with controlled 120mm mines and portable means of automated fire control Malachite," Turchynov said as quoted by his press office.

The complex is operated solely by professional servicemen of the Armed Forces of Russian Federation, Turchynov reminded.

Mortar complex KM-8 Gran is intended for the destruction and damaging of individual and group targets, armoured targets and fortifications from the first strike without additional adjustment.

"It is an established fact that Russian occupation troops use ammunition with enhanced combat characteristics prohibited under international conventions," Turchynov said. He cited the example of 122 mm howitzer shells ZSH Lepestok-2 with arrow-like striking elements and personnel casualty circle at 500 m, etc.

Turchynov insisted that the Armed Forces of Ukraine should be provided with modern weaponry that is at least as effective as Russia's. Meanwhile, the funding of defense order from the national budget remains blocked because the parliament has not yet taken a decision on the filling of the special defence fund.