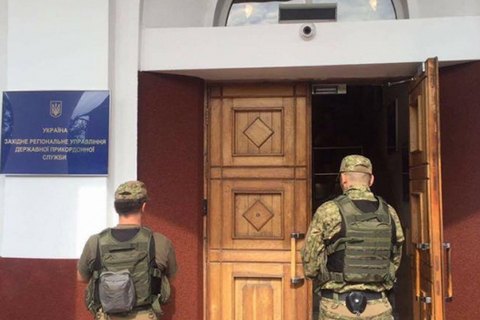 The military prosecutor's office and the National Police are searching the office of the State Border Service.

Representatives of the military prosecutor's office presented a search warrant. They are investigating illegal deforestation in Transcarpathian Region.

Investigative actions are being held at the central office of the State Border Service, the Western regional command and the Chop border unit.

According to journalist Roman Bochkala, in particular, the office of the first deputy head of the State Border Service, Vasyl Servatyuk, is being searched.

In July 2015, the law introducing a 10-year moratorium on the export of raw wood came into force. However this did not stop massive felling.

In May, the Cabinet of Ministers banned preventive deforestation and dismissed the head of the State Forest Agency.