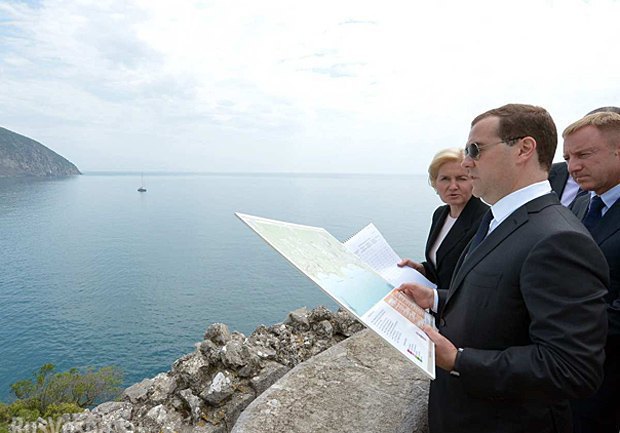 Photo: therussiantimes.com
Russian Prime Minister Dmitriy Medvedev on a working visit to Crimea
Russia will not stop at the escalation of the situation in Crimea and around it (reprisals against Crimean Tatars, the militarization of the peninsula, the "saboteurs" case and so on) to secure its grip on it. In parallel, Moscow is taking a series of organizational measures aimed at legally registering the occupation of the peninsula.

In addition, there is another event in the pipeline, which is holding the parliamentary elections to the State Duma on the peninsula, which is the first time they will be held in Crimea, and most importantly their further legalisation at the international level.

In this context, great importance is attached to foreign missions that will come to observe the voting - their presence should confirm that Crimea belongs with the Russian domestic agenda and register the "fair election process". In the future, the decision of international observation missions will be used by Russian propaganda in the same fashion it uses the so-called 16 March 2014 'referendum': when results are given wide promotion while the details of the process (at the gunsight of a foreign army) are hushed up.

The Kremlin is aware that it is unlikely to persuade Western observers to use this scheme with regard to the Crimea issue in the same way. Perhaps that is why the work of the observation mission of the OSCE ODIHR in Crimea is still in question. Indirectly, this is confirmed by the behaviour of the head of the OSCE ODIHR observation mission at the elections to the State Duma of the Russian Federation. At a news conference in Moscow, Jan Petersen refused to answer a Ukrainian journalist's question on whether the mission observers are going to be sent to Russia-occupied Crimea - the OSCE has not made any final decision and therefore is trying not to advertise its future mission while negotiations last.

By the way, the denial of admission for the OSCE to assess the situation with the "saboteurs" in Crimea can be an early warning about the Kremlin's future decision with regard to the election. 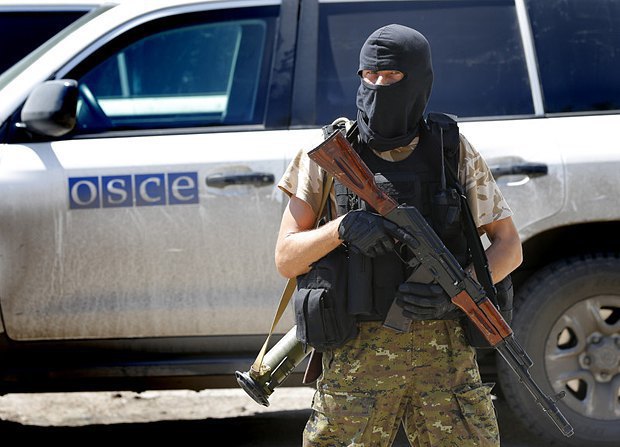 CIS observers are traditionally more accommodating - previously they always cobbled the necessary conclusions even for dirty election campaigns in post-Soviet countries which can hardly be described as democratic at all. However now the CIS member states found themselves in a difficult situation because none of Moscow's even most loyal allies has not recognised the annexation of the peninsula yet. And the presence of CIS observers will allow the Russian side in the future to declare the recognition of Crimea as a Russian territory by the CIS member states.

What is interesting, the Russian side is traditionally using certain tricks, as LB.ua has learnt. In particular, the details of organisation of the CIS observation mission at the election to the State Duma and the process of approving a candidate for mission chairman, are kept secret. First of all, to prevent Ukraine from blocking this issue.

Also, the invitations were sent directly to the foreign ministries of the member states from Moscow, bypassing the CIS Executive Committee in Minsk. Since Ukraine officially quit the CIS election monitoring mission in 2015, it did not receive the invitation. 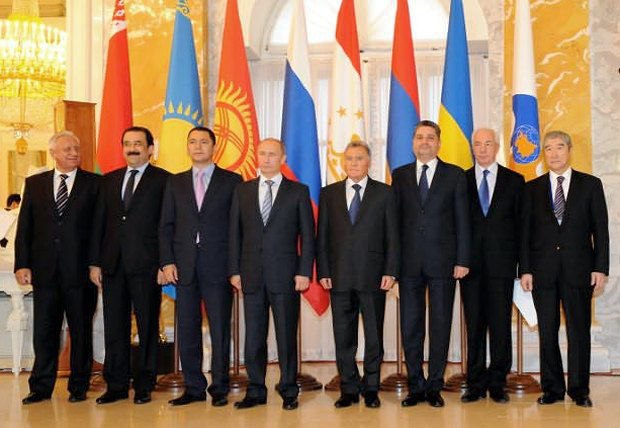 Moreover, the Executive Committee in Minsk was not even aware of its Moscow branch's active efforts - the Minsk office learned about the dispatch of invitations to the CIS countries to observe the elections and about the likely start of the monitoring mission (August)... from publications in the media. Even after this, Russia's representatives in the Minsk office of the Executive Committee tried to "delay" further dissemination of this information in the media.

Besides, the key question is who will lead the CIS mission. However this issue was never raised at the meetings of the Council of CIS Permanent Representatives. Neither it is on the agenda of its regular meeting on 30 August. Russia is most likely to push forward with this question on the sidelines, "in working order" and, most importantly, without warning Ukraine's representatives to the CIS Executive Committee in Minsk: to minimise Kyiv's capacity to hinder this process, which may block the decision or include "a separate opinion" of the Ukrainian side in the minutes.

Crimea's inclusion into the Southern Federal District will be used as a backup (or maybe additional) option of legalisation of Russian elections in Crimea: after all, international observers may fail to visit Crimea but if they find elections in the Southern Federal District to be "fair", this conclusion will automatically apply to the entire territory of the district, including the occupied part.

In this connection, we would advise the CIS observers to be careful and not to fall into the Russian trap. They should carefully read the documents that they will be offered by the Russian side (or by the secretly elected head of the mission) for approval after the elections to the State Duma. This way Russia will try to make them complicit in the illegal annexation of Crimea. After all, the consequences - the international sanctions - will apply to all participants in the crime.