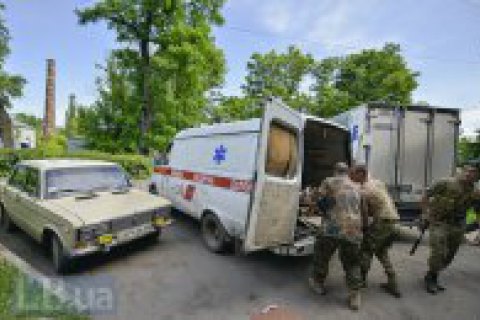 Six soldiers of the National Guard of Ukraine are still in militant captivity, while 24 are missing in action (MIA), National Guard Commander Yuriy Allerov said, according to a UNIAN correspondent.

Speaking at the opening ceremony of a memorial for soldiers of the northern operational and territorial associations of the National Guard, who heroically died defending the freedom and independence of the Ukrainian people during the Anti-Terrorist Operation, Allerov noticed that many of the soldiers were killed on the battlefield while fighting an enemy the country had recently considered a "brother." "We have no such brothers," he added.

"It is very sad today that not all returned from the battlefield. The National Guard still has 24 MIA, while another six soldiers are in captivity," the commander stated.