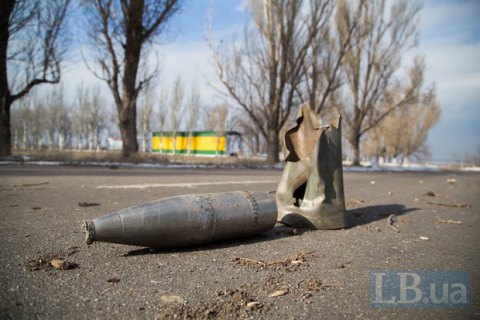 Over the past day, Russia-backed militants in Donbas 76 times opened fire on the positions of ATO forces. In particular, 37 attacks took place in the Donetsk, 27 in Mariupol and 12 in Luhansk directions.

In the Donetsk sector, the enemy before dawn was firing heavy artillery of 152 mm caliber in Arkhangelske. In the evening, the enemy fired over a hundred rounds from 122 mm artillery to shell Avdiyivka. In the outskirts of Horlivka, occupiers used mortars, including the banned 120 mm caliber, grenade launchers of various systems and heavy machine guns. The fired over a four dozen shells from tank weaponry.

An enemy sniper worked outside Novoaleksandrivka.

The opposite party used reconnaissance drones.