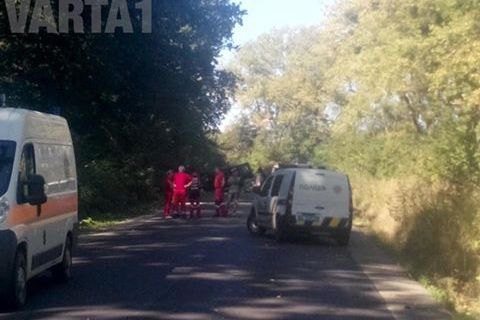 At about 10:30 am on a highway near Stare Selo in the Lviv raion of Pustomyty district a Mercedes SUV blew up, the press-secretary of National Police in the Lviv region Svitlana Dobrovolska told local website 032.ua.

According to her, three people died in the explosion, and another person was rushed to a hospital.

Update 12:33. The press service of the Lviv regional police department said that the car was shelled from automatic weapons after the explosion.

The 4WD has reportedly belonged to one of Lviv companies.

Three men in the were killed and another passenger was injured.

Update 13:09. The spokesman of Interior Ministry Artem Shevchenko wrote on Facebook that the vehicle belonged to the Lviv Khladokombinat company.

"The Chairman of the Supervisory Board Bohdan Kopytko was a notorious figure in the narrow circles of criminal Lviv. The National Police believes the incident, in all likelihood, was a part of criminal war for influence between the organized criminal groups in the region," Shevchenko wrote.

The chief of criminal police Vadym Troyan has arrived on the site of the explosion.