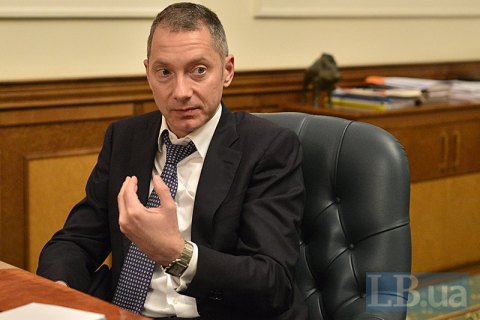 President Petro Poroshenko at the meeting of the National Reform Council on 29 August announced the resignation of the Head of Presidential Administration Borys Lozhkin.

Lozhkin will remain in the presidential team, leading the National Investment Council - an advisory body under the president, created in 2014 in place of the Council of Domestic and Foreign Investors. He will also be an advisor to Poroshenko.

"For this Council, it is important to pick the right people, who on the one hand have a huge political experience, and on the other -will be able to talk to business in its language. Borys Lozhkin is totally up to the job. The role of key management, the role of a key communicator in this extremely important issue of attracting investments in the Ukrainian economy is hard to overestimate these days," Poroshenko said.

President thanked Lozhkin "for more than two years [of cooperation], perhaps, the most difficult years in the history of Ukraine.

"I appreciate your being and staying around. Borys is my adviser, and he will retain the responsible posts in the National Reform Council and the National investment Council," said Poroshenko.

Meanwhile, the chairman of the Kharkiv Regional State Administration Ihor Raynin will replace Lozhkin as the head of the Presidential Administration.

Borys Lozhkin has been in charge of the presidential administration since June 2014. He came to the Presidential Administration from business. Previously, Lozhkin owned one of the largest media holdings in Ukraine, but sold it to Serhiy Kurchenko during the presidency of Viktor Yanukovych.