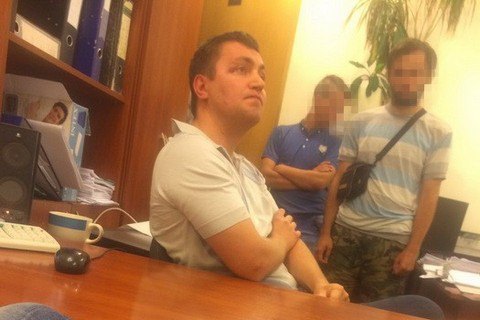 Businessman Vyacheslav Platon, who has been detained in Ukraine, was extradited to Moldova and taken to Chisinau late in the evening on 29 August, the website of the Prosecutor General of Moldova reported on 30 August.

Immediately after the transfer of Platon, Moldovan prosecutors charged him of gross fraud, the embezzlement of money from the banks and money laundering.

On 30 August, the Chisinau Court of the Buiucani sector will consider the request of prosecutors for an extension of his arrest for 30 days.

Platon was detained in Kyiv on July 25, hours after the Prosecutor General's Office in Moldova announced on the international wanted list.

An arrest warrant was issued after the searches in the premises of a number of Moldovan banks and companies in which prosecutors seized documents proving the involvement of Platon to the theft of 1bn euro from the banking system of Moldova, and of laundering of more than $ 20bn of Russian banks through Moldova.