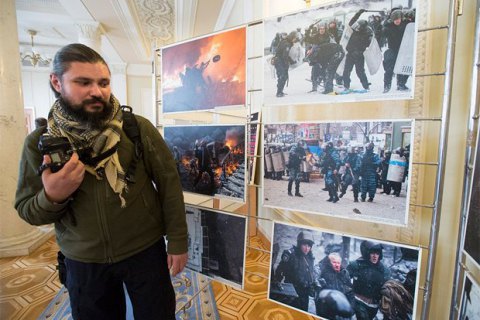 On Friday, 2 September, an exhibition of the photographer Max LB.ua Trebukhov will open in the Australian city of Sydney.

Every year, the University of Sydney hosts the Festival of Democracy, which presents the most important, according to the organizers, examples of the struggle for democracy.

This year it will be Ukraine. The city will present a photo exhibition of Max Trebukhov, whose camera fixed the making of the Ukrainian nation during the Revolution of Dignity, sometimes at the risk of risk of reporter's health.

On 18 February, 2014 Trebukhov was severely beaten by hired thugs, so called "titushky" during the shooting near the office of the Party of Regions, which were clashes between "maydanovtsami" and "Berkut".