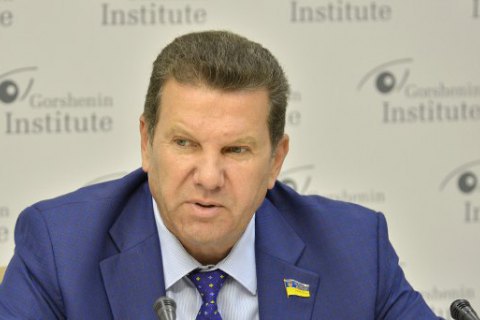 Kunitsyn explained why it was decided to headquarter Tavria in the small county town of Berislav rather than Kherson.

"First of all, the head of Berislav District Council Volodymyr Konovalov is a football fan, Secondly, Berislav have a base, it is in some positions better than in Kherson. Kherson one stadium, Crystal, with everything except the pit in shambles. Meanwhile, Berislav stadium's field is not any worse, with 4-000 seat capacity, they have a hotel with 60 rooms, they have a sports school," he said.

Kunitsyn said he hoped that although the city's population is only 13 thousand, the stadium will filled to the capacity during Tavria's matches.

The revived Tavria has had a maiden match in Kharkiv on Saturday, and lost. "You cannot create a team in three days. It is important that we rewriting Tavria's history," said Kunitsyn.

On August 27, the constituent assembly of the Football Federation of Crimea in the city of Berislav, Kherson region elected Serhiy Kunitsyn as president, and Mykola Palamarchuk and Dmytro Belotserkivets as vice presidents.