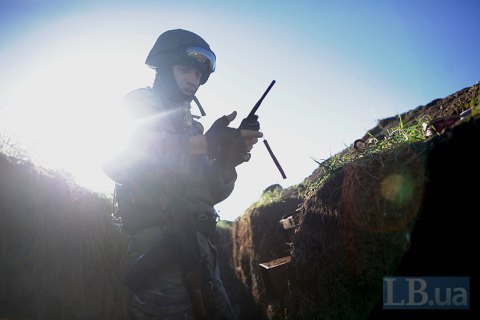 The situation in the zone of the antiterrorist operation in Donbass remains controlled and is generally characterized by the observance of ceasefire, the ATO press center said on Facebook.

Over the past day, the Russia-backed militants 20 times opened fire on the positions of Ukrainian military: eight times in Donetsk sector, nine in the Mariupol sector, and three in Luhansk sector.

In Mariupol sector, the militants fired 82-mm mortars, grenade launchers and machine guns. In the area of Mariyinka and Starohnativka, the militants opened indiscriminate fire from small arms. The defenders of Shyrokyno were attacked from infantry fighting vehicles weaponry, machine guns and small arms.

In Luhansk sector, Novoaleksandrovka was shelled from propelled grenades and machine guns, in the area of Popasna, the positions of Ukrainian were attacked from small arms.

Heavy weapons have not been used.

Two civilians were reportedly injured in the shelling Verkhnyotoretske.