Scoop of the day: EU-Ukraine summit, Riffmaster to stay in custody

Scoop of the day: raging wildfires in Luhansk Region kill 11 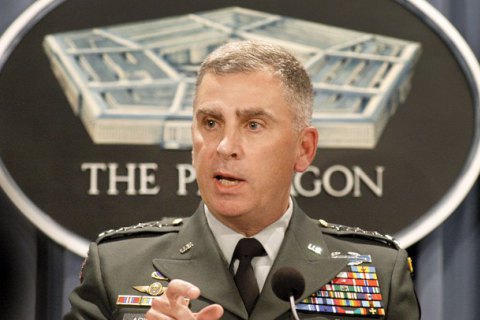 US Defence Secretary Ash Carter has appointed a retired US Army general as a special adviser to Ukraine's defence minister, Associated Press reported on 8 September.

The Pentagon says John Abizaid will advise defence chief Stepan Poltorak as Ukraine tries to strengthen democratic civilian control of its military, take on corruption and put in place other reforms.

Carter and Poltorak met Thursday on the sidelines of a UN peacekeeping conference in London. Carter tells reporters the appointment wasn't a signal of US plans to help Ukraine in offensive operations against Russian forces in eastern Ukraine.

Carter says "it continues in the same vein" of defensive-oriented U.S. military assistance.

Abizaid led Central Command from July 2003 to March 2007. That command oversees US military operations in Afghanistan and the Mideast, including against the Islamic State group.