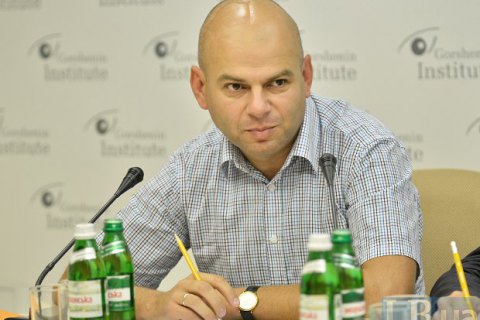 MP Lev Pidlisetskyy says the Minister of Energy Ihor Nasalik is going to pump in 3bn cu m of Russian gas into the underground storage facilities of Ukraine.

"We have to buy in Europe, rather than in Russia, as the minister of energy is set to. And it really sounds like treason, when he insists on importing gas in the volumes that are not economically justified," the lawmaker said at a roundtable in Gorshenin Institute on 9 September.

"Nasalik has stated that we need to store 17bn cu m, while Naftogaz has said 14 would be quite enough. The difference is what is planned to be imported from Russia, because they do not have time to pump in and stored from Europe."

Pidlisetskyy believes that the Petro Poroshenko Bloc that has delegated Nasalik into the government, should be held responsible for such a decision.

The Cabinet has decided to pump in underground storage 17bn cu m. meters of gas for the heating season, with a view on a cold winter.

In June, the head of Naftogaz Andriy Kobolev stated that Ukraine would start 2016-2017 heating season with 14bn cu m of gas in its underground storage facilities.