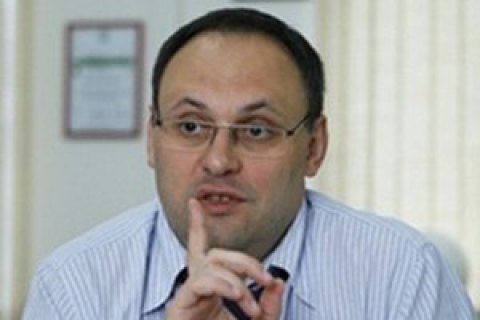 The former chairman of the State Agency for Investment and National Projects Vladyslav Kaskiv was detained in Panama, the press secretary of the Prosecutor General Larysa Har reported 8 September on Facebook .

In his words, the court hearing will take place within 48 hours. Lutsenko said that the original document with PGO's request has been transferred to Panamanian law enforcers.

"In the case of [Kaskiv's] voluntary consent to extradition, extradition will take place under the simplified procedure, and will take up to 30 days to agree on all the procedural issues with the Ukrainian side. In the event Kaskiv refuses to give his consent, under the laws of Panama he will have 60 days to defend his interests and provide counterarguments. However, the Panamanian side says they see no reason for refusing to extradite Kaskiv," RBC quoted the chief prosecutor as saying.

On 18 August, Lutsenko reported the detention of Kaskiv in Panama on Ukraine's request.

On 24 August, Kaskiv dinied his detention, saying that the Migration Service of Panama just wanted to clarify his status as Kaskiv crossed the country's border with Costa Rica.

He also denied being put on Interpols's wanted list.

Vladyslav Kaskiv from December 2010 to March 2014 was the chairman of the State Agency for Investment and National Projects of Ukraine.

The Interior Ministry of Ukraine has stated the belief that the agency under Kaskiv has embezzled a few hundred million hryvnia. He has been charged of misappropriation, gross embezzlement and forgery.