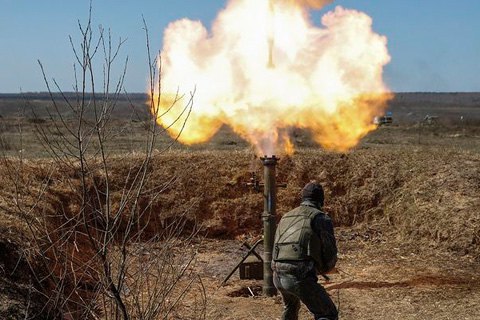 The militants of the so-called "DNR" on September 8 used artillery in the area of Shyrokyne in Mariupol sector and continued to use 120-mm and 82-mm mortars in the areas of the villages of Shyrokyne, Talakivka and Vodyane, ATO headquarters reported in a 9 September morning briefing.

Over the past day, the militants launched 24 attacks on ATO positions, including 11 attacks in Mariupol sector, 7 in Donetsk sector, and 6 in Luhansk.

On September 1, a new ceasefire was announced in Donbas, the first since early May. It was mostly quiet in Donetsk and Luhansk regions.

According to OSCE, the number of attacks dropped by 90% over that period of time.