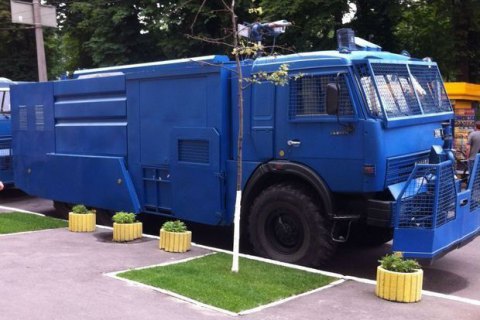 Media suspects lawenforcers of gearing for protest dispersals as the National Guards of Ukraine on August 29 hired a company to repair special-purpose vehicles equipped with water cannons, the investigative journalism portal Nashi Groshi wrote on 9 September with a reference to an announcement published in the Visnyk Derzhavnykh Zakupivel public procurement bulletin.

The contract was concluded through a negotiation procedure "due to urgency of the services".

The reason for the measure is the social and political situation in the country and an increase in rallies involving large numbers of people, which often turn into clashes with riot police.