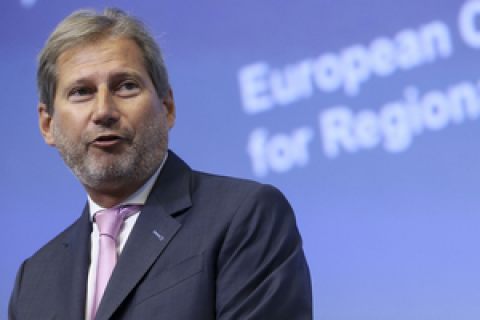 EU Commissioner for Neighborhood Policy and Negotiations on Expanding Johannes Hahn said that the European Commission is opposed to legislative amendments to the system of electronic declaration of income of public officials.

"We are very concerned about the attempts by the parliament to dilute the idea that lies at the heart of this system," Hahn said a meeting with the heads of Ukraine's anti-corruption agencies on 16 Friday.

Khan expressed the EU's readiness to continue support for anti-corruption bodies in Ukraine to prevent the collapse of reform.

On September 15, Ukrainska Pravda published the draft law on so-called "zero declaration", which envisages an amnesty to all the declared property. "Zero declaration" does not need to show information about the origin of incomes, the grounds the acquisition of property rights and the cost of declared assets.

A similar bill was suggested during the premiership of Arseniy Yatsenyuk and met was public criticism. The Criminal Code of Ukraine sets criminal liability for inaccurate information in the income declarationst.

Earlier September, MP Tatyana Donets suggested that the data on the property of declarants - from cars to companies - would be automatically "uploaded" from the corresponding state registers, thus freeing declarants from responsibility for indication of incorrect data.

In addition, Donets offered to provide that much of the data that need to be declared would be made available only at the request of the National Agency for the Prevention of Corruption. Her bill provided a number of other concessions for the declarants in terms of financial commitments, received gifts, cash assets, etc.