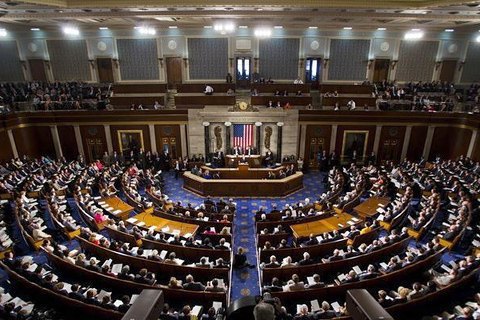 The U.S. House of Representatives passed unanimously H.R. 5094 “Stability and Democracy for Ukraine Act” earlier reported favorably by the House Committee on Foreign Affairs, the Embassy of Ukraine in Washington, DC reported on Facebook on 22 September.

The bill, sponsored by House Foreign Affairs Committee Ranking Member Eliot Engel and submitted jointly with Republican Congressman Adam Kinzinger, states that the policy of the United States is to ensure that any relevant sanctions relief for the Russian Federation is contingent on timely, complete, and verifiable implementation of Minsk agreements.

The bill, among other things, through a comprehensive effort, in coordination with allies and partners of the United States, provides for sanctions, diplomacy, and assistance, including lethal defensive weapons systems.

The bill is currently being cosponsored by nearly forty Democratic and Republican congressmen.

Before the President can sign the bill into law, the U.S. Senate must pass identical version of the document.

Earlier this week, President Petro Poroshenko has stated that Ukraine would raise the issue of lethal weapons on the next negotiations with the West.