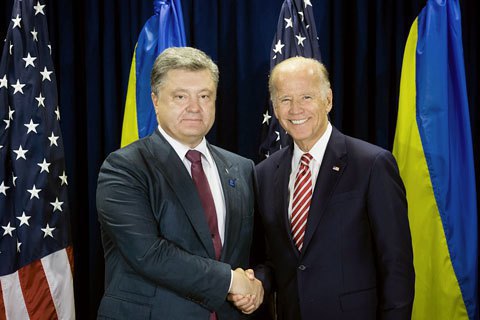 U.S. Vice President Joe Biden on Wednesday warned Ukraine needs to live up to its promises economic and political reforms or risk seeing the European Union walk away from its sanctions on Russia, Reuters reported.

"We know that if they give an excuse to the EU, there are at least five countries right now that want to say 'We want out'" of sanctions against Moscow, Biden said, speaking to the Council on Foreign Relations in New York.

Biden said he has spent two to three hours a week on the phone with Ukrainian leaders since the crisis began, urging them to persist with reforms, while also pressuring Germany, France and Italy to hold fast on sanctions.

"There's an overwhelming instinct in Europe to say, ‘Hey: before [Poroshenko] became president, this was owned by Russia anyway. They had a puppet there. What difference does it make? What the hell's the difference? Why are you making us engage in these sanctions?’” Biden said.

Noting a crisis of "self-doubt" in Europe caused by the United Kingdom's referendum decision to leave the bloc and the Syrian migration crisis, Biden said he has warned Poroshenko to make sure that the failure of the Minsk deal is not blamed on Ukraine.

On September 16, the EU Council extended the sanctions against Russian officials and organizations, imposed in 2014 because of the aggression against Ukraine, for six months, until 15 March 2017.

EU sanctions apply to 146 people and 37 organizations. They include a ban on travel to the territory of the European Union, and the freezing of assets in the EU. Previously, the EU extended sanctions in March 2016.