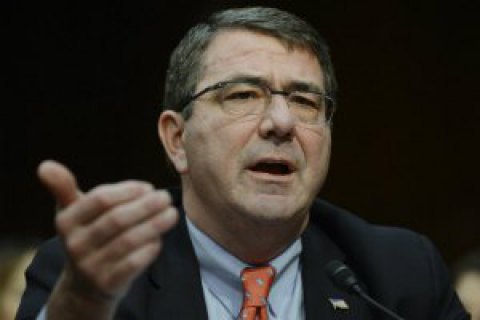 Pentagon chief Ashton Carter at a hearing of the Senate Committee of for the Armed Forces stated that the transfer of US lethal weapons to Ukraine is dependent on Russia's compliance with the Minsk agreements.

"Defensive lethal assistance to Ukraine still on the table. Secretary of Defence Carter tells SASC (Senate Armed Services Committee) going to depend upon what the Russians do with Minsk [agreements]," VOA correspondent Jeff Seldin wrote on Twitter 21 September.

In addition, Carter said the United States will continue to provide support for Ukraine, in particular in the defence sector.

As reported, Petro Poroshenko in the United States raised the issue of weapons of Ukraine.