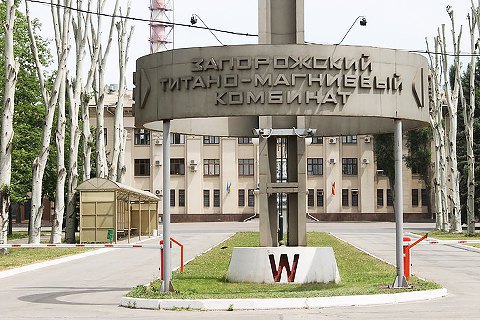 The detectives of the National Anti-Corruption Bureau arrested on 23 September the director of Zaporizhzhia Titanium-Magnesium Plant (ZTMP) on suspicion of embezzling 492m hryvnia.

"The detention took place within the frameworks of a probe launched in June 2016 on the fact of abuse of power by company executives, which led to a gross embezzlement", NABU said on its website.

The detainee will be charged of misappropriation, embezzlement of property or its seizure by malpractice, NABU said

The probe found that during 2014-2015, the company co-owner Tolexis Trading Limited has allocated 880m hryvnia for the modernization of the production. However, the company's CEO abused his official position to embezzle the most part of the sum, namely 492m hryvnia, in favor of the third parties.

In November 2013, Dmytro Firtash's Group DF and the State Property Fund set up a limited liability company ZTMP, which became the owner of the property complex by the namesake state-owned enterprise. The state was to hold 51% in the new company at the expense of the ZTMP property complex. Firtash was to invest 110m dollars in the company and receive a 49% stake.

In November 2015, the state enterprise OGHK obtained control in ZTMC after the adoption of the law, which lowered the quorum threshold of a meeting of an LTD holders with state stake from 60% to 50%.