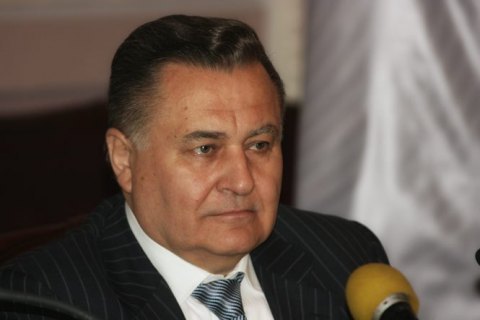 On 22 September, the preparatory works for the separation of forces and weaponry of the armed forces of Ukraine and "DNR" - "LNR" have started on three sectors of the front in Donbas, the representative of Ukraine in the security subgroup of the Tripartite Contact Group, Yevhen Marchuk, told journalists.

"Clearly, the main objective is the withdrawal all along the line. But today we begin to do at three sectors," said the former security chief and prime minister of Ukraine.

Marchuk said that on 5 October, the harmonization of withdrawal of weapons and military units for another four sites will begin at another four sectors.

Earlier on Thursday, the spokesman for the Ministry of Defense on ATO issues, Andriy Lysenko, said that the forces and weaponry of the armed forces of Ukraine and "DNR" - "LNR" will be separated along the contact line in Donbass in the areas of the villages of Stanytsya Luhanska, Zolote and Petrivske.

In the comments to Interfax-Ukraine, Lysenko said that "the countdown of these 13 days will begin after a week of strict observance of the ceasefire" in the said areas.

"If the militants abide by the ceasefire, the number of sectors of separation can be extended," he added.

On 21 September, the Tripartite Contact Group signed a framework document on the separation of forces and weapons involved in the Donbass conflict in the three sectors.