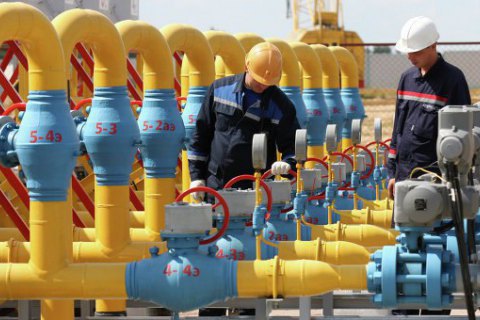 Gas reserves in Ukrainian underground storage facilities as of the morning of September 26 exceeded 14bn cu m, the press-secretary of PJSC Ukrtransgaz Maxym Byielavskyy reported on Facebook on 26 September.

"This morning, Ukraine hit the mark of 14bn cu m. The reservoirs are filled to 45% of their capacity," Byielavskyy wrote.

The Minister of Economic Development and Trade Stepan Kubiv said that such a volume will be enough for the heating season, provided the winter is warm. But the government has decided to inject gas in excess of this amount: 3bn cu m with in case the season is cold.

In June, the head of Naftogaz Andriy Kobolev stated that Ukraine would start the heating season of 2016-2017 with 14bn cu m of gas in store.

The injection of gas began on April 7 with 8.4bn cu m of gas in store.

In the previous heating season, the withdrawal of gas from underground storage facilities began on October 30, 2015, with over 17bn cu m of gas in store. By the winter season 2014/2015 Ukraine has amassed 16.7bn cu m of gas. In previous years, the reserves for the heating season were even higher.

The gas for the heating season 2015-2016 years was imported, including from Russia. Currently, Ukraine does not buy gas from Russia after failing to agree on a fair price with Gazprom.

Ukraine has 13 underground gas storages with a total capacity of 32bn cu m.