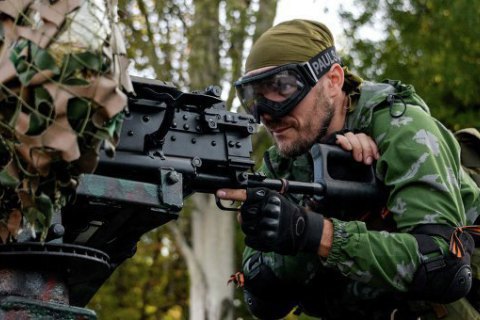 Over the past day, The Russia-backed terrorists 14 opened fire on the positions of the Ukrainian military in the zone of the antiterrorist operation in Donbass, the ATO press center reported on Facebook.

In Luhansk recorded, the silence mode was breached six times. The terrorists have made armed provocations by firing grenade launchers, machine guns and small arms in the areas of Novooleksandrivka and Popasna. In addition, Popasnay was attacked from an anti-tank missile system.

On Saturday a civilian was wounded by gunfire in the area of Avdiyivka.