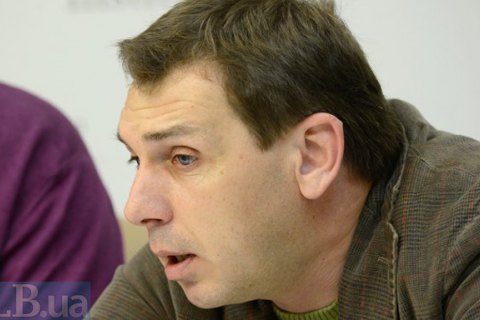 MP Oleksandr Chernenko says it is easier for the new people to get into parliament on closed party lists, as it happened in 2014.

He said this at public consultations "Equal access to politics," hosted by Gorshenin Institute and organized by UA Center public organization and the Anna Yaroslavna Collegium think tank.

Chernenko said that Petro Poroshenko Bloc has not had a serious discussions about the electoral system and elections and opinions differ in this regard.

However, PPB election program and the coalition agreement, which has been signed by all its members, including the PPB faction, provided for transition to the electoral system with open regional lists, said Chernenko.

The MP said that long supported such a system, but it does not place high expectations on the fact that open lists will launch social elevators. he said - "If you carefully read one of the documents registered - - Leonid Yemets one of the authors, there is not so simple."

"As regards the simplification of access to politics for new people, ie getting into parliament and an impact on decision-making, I should say that the electoral system is the least important. Moreover, it's easier to just get into the parliament for such people on the closed list system, the way it was in the 2014 election - but this requires good will of political parties,", Chernenko admitted.

If a party has a rating, candidates do not care about the electoral system, he said.

UA Center and AYC are engaged in the project of a reform, which would ensure the right of citizens to be elected in free and fair elections and dealt with the problem of instability of electoral regulations and a lack of citizens' participation in decision-making.