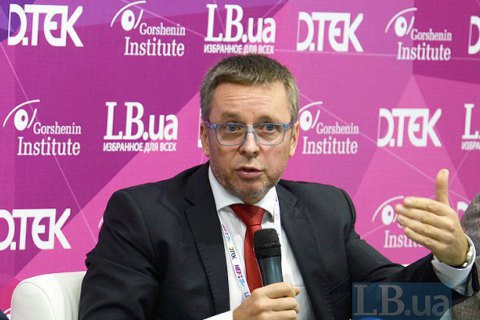 In 2003, the Slovak Parliament adopted more than 99% of reform bills that have been proposed by the Cabinet, while the Ukrainian parliament in 2015 supported only 37%, the co-chairman of the group of strategic advisors to support reform in the Cabinet, Ivan Miklos, told the VI National Expert Forum by Gorshenin Institute that is underway in Kyiv on Wednesday, 12 October

"In 2003, Slovakia was the most reformist country in the world. We have made a very far-reaching reforms. It embraced 207 laws submitted by the government and 36 laws sponsored by members of parliamentary coalition. The parliament passed 206 out of 207 government bills, and dumped one bill. For Ukraine, this figure in last year, when the coalition had a constitutional majority, was just at 37%," Miklos said.

Miklos admitted that although not all government's projects were reformist "but most of them were."

Earlier, Miklos complained about the lack of political will for decisive reforms in Ukraine.

The National Expert Forum by Gorshenin Institute is an international communication platform, bringing together the leading Ukrainian and European experts, politicians, businessmen, members of diplomatic missions and non-governmental organizations and the media to discuss the most important issues in the political and economic life of Ukraine.

The theme of this forum - "Key Issues of the Year".

The strategic group of advisors to support reforms in Ukraine headed by Leszek Balcerowicz and Ivan Miklos on September 15 completed the development of a package of key reforms and submitted it to the president, cabinet and parliament.

The reform package is written on the basis of the government's action plan and other policy documents. It includes the most important steps needed to strengthen fiscal and financial stability in Ukraine, the reduction of corruption, the accelerated development of medium-sized businesses, improvement of the structure and activities of the state apparatus.