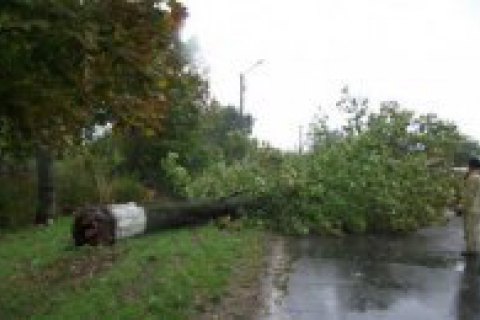 A state of emergency have been announced in Odessa region amid heaviest storms that torment the area, the head of the Odessa Regional State Administration Mikheil Saakashvili said on Facebook.

He said the collapse of trees and power lines caused by strong winds took the lives of three locals, including a 11-year-old child. More than 100 villages have been cut off electricity.

Saakashvili once again called on Odessites to refrain from leaving the house until the wind subsides.

"Despite the difficult conditions, emergency crews are working to restore electricity supply. Tomorrow I intend to visit all the areas and engage into the recovery works, " Saakashvili assured.

Earlier, two people were reported dead, three rushed to hospitals because of the storm in Odessa.