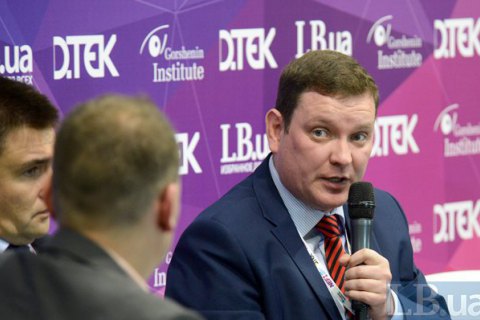 Latvian Ambassador to Ukraine Juris Poikans believes that the path of Ukraine to the European Union will be more difficult and take more time compared with the Baltic countries.

Speaking at the VI National Expert Forum by Gorshenin Institute in Kyiv on Wednesday, 12 October, the ambassador noted that the circumstances in which Ukraine is now are incomparable with what the Baltic countries have experienced.

"Ten years ago Russia did not oppose the membership of the Baltic countries in the European Union, although it was against our membership in NATO. But when it comes to Georgia, Ukraine and Moldova, it is obvious that Russia perceives the Eastern Partnership and the Association Agreement as an immediate threat," said Poikans.

"Secondly, Ukraine, in contrast to the Baltic States, has to deal with the aggression in the east. It takes a lot of resources. We have not had this situation, and of course, the third obvious factor is that Ukraine has much more complex historical heritage. We have had 20 years of statehood, which has helped us a lot, and we immediately headed for the European Union at the beginning of the 90s," he said.

"Ukraine's path to Europe will be much harder and take much longer," the ambassador concluded.

At the same time, Poikans said that Ukraine has made a significant progress over the past two years. For example, although with great difficulties and losses, it managed to stabilize the front line in Donbass. There is also evidence of the recovery of the Ukrainian economy, while the IMF and the European Union provide financial support for the country.

"The success of Ukraine is very important for the whole region because Russia stakes on Ukraine's failure, and day after is trying to undermine Ukrainian independence. This is why the success of Ukraine as a Slavic country with a very strong position of the Russian language, will demonstrate that other alternatives just do not exist," he said.

The ambassador stressed that the Ukrainian nation should show patience, strength and courage.