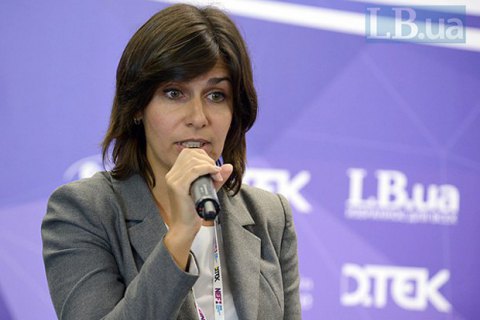 MP Victoria Ptashnyk believes that the statements and actions of some political forces on the decentralization do not always coincide.

As an example, she brought the bill №4772 on the voluntary association of local communities.

"The current legislation does not lay down a procedure od association for the territorial communities that were out of the integration process. In order to provide this opportunity to village councils a law must adopted. We in parliament started the discussion of such a bill late last year. At the end of September, the bill №4772 was finally adopted in the first reading.

Ptashnyk blamed the Rada committee for hampering the discussion of the bill.

"When the bill has finally made it into the house, it was somehow avoided, and some members of parliament would even try to block the passage of this draft under the slogan Defend the Village," said the deputy.

The National Expert Forum by Gorshenin Institute is an international communication platform, bringing together the leading Ukrainian and European experts, politicians, businessmen, members of diplomatic missions and non-governmental organizations and the media to discuss the most important issues in the political and economic life of Ukraine.

The theme of this forum - "Key Issues of the Year".