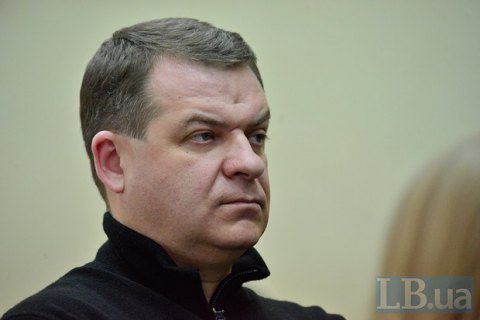 The Prosecutor-General's Office reported on Thursday, 13 October on handing over to court the criminal proceedings against the former deputy prosecutor of Kyiv region Oleksandr Korniyets, also known as "diamond prosecutor."

"The PGO General Inspectorate of Internal Investigations and Security has completed a pre-trial investigation in the criminal proceedings on suspicion of the now former prosecutor of extortion," said the release.

Oleksandr Korniyets is suspected of forcing an owner of a solid waste removal company to make himself a co-owner and further systematic extortion of business incomes from that company.

Korniyets' sister Laryssa Prokopenko is suspected to be an accomplice in the crime.

In the summer of 2015, Korniyets together with the then deputy chief of the PGO's Main Investigation Department Volodymyr Shapakin was arrested on suspicion of bribe extortion. A search of the house of Korniyets revealed at 35 packages with diamonds, after which the media dubbed the suspects as "diamond prosecutors."

Korniyets and Shapakin were soon dismissed from the prosecution. Both ex-prosecutor plead not guilty.