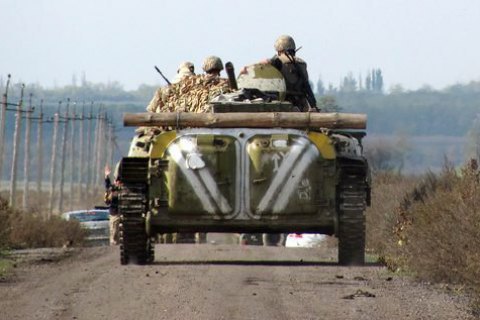 Not one Ukrainian soldier was killed or wounded on Thursday, October 13 In the ATO zone in Donbas, the press officer of the Ministry of Defence on the ATO Andriy Lysenko told the daily briefing.

"Over the past day, not one Ukrainian soldier was killed or wounded," Lysenko said.

According to the summary by the ATO headquarters the separatist militants 25 times opened fire on the positions of the Ukrainian military in Donbas last day.