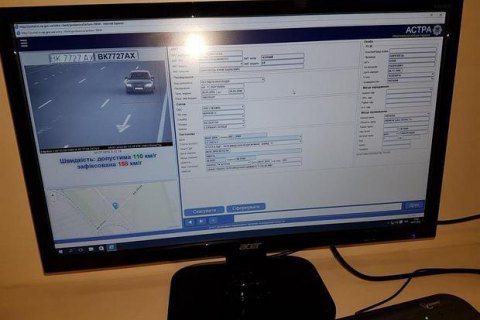 Interior Minister Arsen Avakov says the introduction of video fixation of violations of traffic rules will cost 1.5bn in investments.

"Theoretically, we can begin video fixation tomorrow, but it requires a very significant investment to equip the entire territory of the country in the most critical points with the systems of video surveillance and safety control," Avakov told reporters on Friday, 14 October in Kharkiv.

"I think we need about 1.5bn dollars to set a quality and long-lasting system that would serve for years. However, the investment will pay back. It paid back in the whole of Europe, I'm sure it will pay back here," the minister said as quoted by Interfax-Ukraine.

"We have invited a major international financial institution to assess the situation and hold an international competition to attract this investment," he said.

Avakov said the pilot cameras revealed a huge amount of traffic violations. "The test assessment that we did from a couple dozen cameras showed that the number of violations committed by our people and the amount of fines they have to pay is just exorbitant. Motorists will be shocked when they realize how many rules they violate!" the minister said.