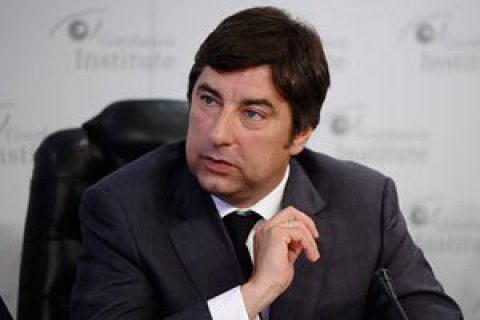 It is the first time that the head of Ukraine participates in high-level negotiations with such a rigid position, the president of Gorshenin Institute Vadym Omelchenko said when commenting on the Normandy Four meeting in Berlin on Wednesday, 19 October.

Vadym Omelchenko believes that there are three things worth paying attention to.

"Firstly, there is a change in the position of the conditional 'fifth player', which is not formally involved in the Normandy format - the United States. There are some signals that the top levels of the US administration have realized the need for changing the execution sequence of the provisions of the Minsk agreements. If so, it is in sharp contrast with the position that the US leadership adhered to before," he stressed. "It is unlikely that the lawyers and politicians in the White House have just realized that the sequence of steps set forth in the Minsk-2, as Don Corleone would say, "offends the conscience." Secondly, in recent months, Russian President Vladimir Putin in every possible way avoided meetings in the Normandy format. The fact that he took part in this meeting is an important signal. This may mean that Putin has an idea or is in need for communication."

The third point, according to Vadym Omelchenko, is "a radical change in the position of President of Petro Poroshenko, who clearly stated yesterday that Ukraine will fulfil the political part of the Minsk agreements before implementing the provisions related to security, i.e. the withdrawal of foreign troops from the territory of Ukraine and recovery of full control over its state border."

"A number of statements by the Secretary of the NSDC of Ukraine Oleksandr Turchynov on the return of Ukraine to the status of missile power can also serve as a good background," said president of Gorshenin Institute. "This is a clear-cut demarche, the kind Ukraine would earlier refrain from. Today is the first time the head of Ukraine participates in high-level negotiations with such a rigid position. It is worth noting that no criticism from our Western partners has followed so far."

"Partly, I should agree with Svitlana Zalishchuk, who says that the loss of the support of Germany and France is a smaller price Ukraine may pay than the loss of control over the situation in the country. It cannot be ruled out that Poroshenko may use this argument during the talks in Berlin. Simply put, while earlier its was Putin who would scare Europe with the pictures of the marches Ukrainian nationalists, now the footage, taken on the Day of the Defender of Ukraine is in the hands of Poroshenko. Look who may come to power in Ukraine as a result of a "third Maidan", which may happen if the West and Russia put pressure on Ukraine regarding the implementation of the Minsk agreements in Russian edition," said Vadym Omelchenko. "For tactical purposes, the president will scare his external enemies and partners with his domestic enemies - nationalists and populists."

Another very important thing to realize, according to Vadym Omelchenko, is that all the participants of Normandy format work for their domestic audiences within their domestic political agendas.

"In the case of Ukraine and Russia all is clear, while in the case of Germany and France, the Ukrainian-Russian conflict is artificially put into the agendas of these countries by Hollande and Merkel's political opponents, whom the Russian Federation is supporting in every possible way," says the president of Gorshenin Institute. "It is no easy subject and neither Hollande nor Merkel can just shrug it off, because the propaganda support of their opponents is incomparably stronger than their own counterpropaganda capacities. Any taxi driver in Munich or Marseille without hesitation says that the economic problems of their countries are connected with sanctions against Russia, and that Putin is the only one who is capable of coping with the threat of terrorism and the problem of refugees. Hollande and Merkel are well aware that it is, to put it mildly, not true. The losses from sanctions and countersanctions are just imperceptible for their economies or, at least, not commensurate with the opportunities opened by, so to speak, new forms of 'partnership with the USA'. However, it is impossible to be pronounced in public. Therefore, for the purposes of domestic agendas of Germany and France it is vital to demonstrate the efforts and the peace process. Hence some ritual nature of actions and at times harsh rhetoric regarding Ukrainian commitments."

"Given the above, it can be said that, despite the well-known pessimism of participants, the meeting in Normandy format can be fraught with some non-obvious results and surprises," Vadym Omelchenko said in conclusion.