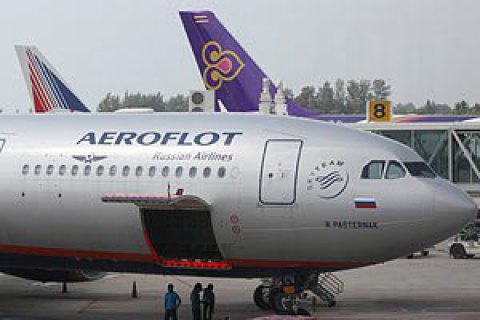 "After the annexation of Crimea by the Russian Federation, Ukraine has issued fines worth a total of 721.236m hryvnyas to Russian airlines which violated the Ukrainian legislation and made flights to occupied Crimea," the State Aviation Service of Ukraine (SASU) said. It added that over 5,000 resolutions were issued over the violations of the ban on flights to Crimea.

Commenting on the regular flights from Sochi to Simferopol by Russian Aeroflot, the SASU said that over 1,000 cases had been opened to exact fines from this airline.

However, so far, the Russian airlines have not paid a kopeck.

After the occupation of Crimea, Ukraine has banned flights to the peninsula as of 12 March 2014. Similar restrictions were introduced by Eurocontrol and the ICAO.