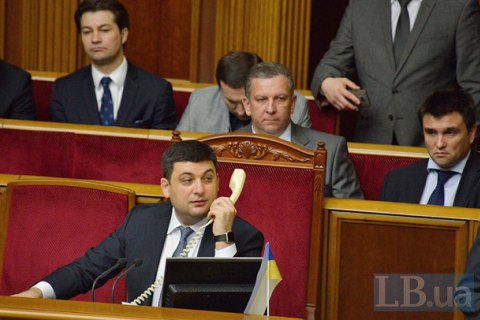 The Cabinet of Ministers has denied MPs a pay rise.

"Last week, parliament voted on MPs' conclusions and recommendations regarding the 2017 budget. Now we in the government are processing these proposals. Good proposals will be taken into account but the initiative to raise MPs' salaries will be rejected. Our priority is to increase citizens' income. In the budget, we have booked higher salaries for teachers and doctors as well as improved social standards. The government will strengthen this position by the second reading," Prime Minister Volodymyr Groysman has tweeted.

On 20 October, parliament gave the first reading to the 2017 state budget.

In their conclusions, MPs said the salary of parliament speaker should be increased to 43,500 hryvnyas, deputies speakers to 40,600 hryvnyas, and MPs to 36,300 hryvnyas.