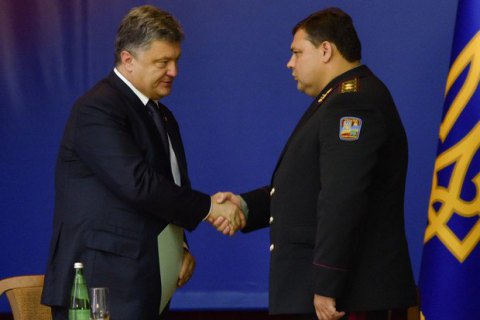 On 15 October, President Petro Poroshenko appointed Valeriy Kondratyuk as a deputy head of his administration. Kondratyuk was the head of the Defence Ministry's Main Intelligence Directorate.

From 3 March 2014 to 24 July 2015, he was in charge of the counterintelligencce department of the Security Service of Ukraine (SBU) before joining military intelligence. He was awarded the For Military Service to Ukraine medal in 2010. He is lieutenant-general.

Vasyl Burba is now in charge of the Main Military Intelligence Directorate.

On 18 September, presidential administration deputy head Andriy Taranov, who oversaw uniformed agencies, died as a result of a waterski incident.